Scotty is known by many people for many things. He’s the second person Diana and I ever met upon landing in Anchorage to interview for jobs 18 years ago, and not by design. Darcy Davis, desperate to abandon her role as director of the Alyeska Ski Club, invited us to her home hoping to talk me into trading places. We had the quintessential Alaskan appetizers, totally foreign at the time, and made polite conversation. When Scotty pulled into the driveway unexpected, Darcy looked in horror and said to her husband Mark, “Oh shit. Scotty just showed up.”

Sacked by the Alyeska Ski Club four years earlier for reasons still shrouded in mystery, Scotty still harbors some less than glowing emotions with regard to his former employer. “I give you two years. Max!” These were the first words I remember Scotty ever saying. Now a painting contractor, he looked us up and down, figured we’d be dumb enough to last maybe one year but not two before being chewed up and spit out by a notoriously brutal board of directors.  Fast forward eighteen years.

Scotty is now “Uncle Scotty.” Sponsor of various Kéa endeavors and a ranking member of our family. He’s also the best contractor in the world. I could give you ten thousand reasons why, but topping the charts is the fact that he won’t take our money. It’s not a great business model, I know. But the customer satisfaction is off the hook. I have no idea how he could have run a non-profit like the Alyeska Ski Club into the ground. 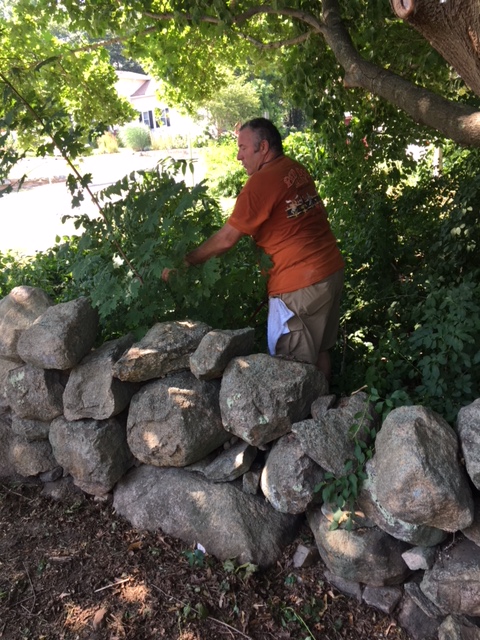 Not only does Scotty reject payment for services, he also invests his own money into your projects. If any of you out there need a contractor, give me a shout and I’ll fire off Scotty’s contact info. He’s unreal. He even springs for good seats to Foo Fighter shows. This guy is all time.  All kidding aside, Scotty flew to Rhode Island on his own dime to help us resurrect our dilapidated failed experiment of a summer home turned shanty. We have 10 days to get this place from squalor to satisfactory.